BEIRUT: Despite media reports that a disease is spreading through the country?s horse population, authorities involved with the issue say there is no cause for alarm.

Twenty-one race horses have been put down recently in measures designed to control the highly contagious Glanders disease, but Agriculture Minister Hussein Hajj Hasan told The Daily Star that the containment was ?an ongoing process? and ?we don?t need to create a panic.?

Nabil Nasrallah, the director of the Society for the Protection and Improvement of the Arabian Horse (SPARCA), also said he was ?confident that we have done everything? necessary to contain the disease.

SPARCA manages the Hippodrome horse-racing venue, which is owned by the Beirut municipality.

He said he then requested the assistance of the Agriculture Ministry and the World Organization for Animal Health (OIE). Blood tests were performed on horses kept within and near the Hippodrome stables, as well as in breeding areas in the Bekaa Valley.

Hajj Hasan said the blood tests were carried out at laboratories in Lebanon and Germany. According to Nasrallah, some 1,000 horses were originally tested and those horses whose test results were ?suspicious,? if not necessarily positive, were destroyed in order to prevent the risk of the disease spreading. SPARCA also implanted microchips in the horses so that they can be tracked.

Nineteen horses in addition to the original two were put down. This occurred in two waves, the first a month ago and the most recent in the past week. Nasrallah said there are around 450 horses in the stables in and around Beirut?s Hippodrome, but over 1,000 total horses have been tested so far.

Hajj Hasan said that as testing is ongoing, the possibility remains that more horses will be put down in the future if necessary.

Glanders is a highly contagious disease that usually affects horses, donkeys and mules, but can be transmitted to other animals. It tends to be contracted through contaminated water but this is not its only source. There is no vaccine for Glanders, and sick animals can transmit the disease to humans.

The disease originated with two horses with a breeder in Damascus, Nasrallah said, adding that the Agriculture Ministry has placed a temporary ban on the importation of horses from Syria. In addition, as tests continue, horses from outside the stables close to the Hippodrome will not be brought in from more remote breeding areas.

Ghazi Yehia, the OIE?s Middle East and North Africa regional representative, said he could ?confirm ? that all measures that have been implemented by the Agriculture Ministry are in compliance with international standards.? 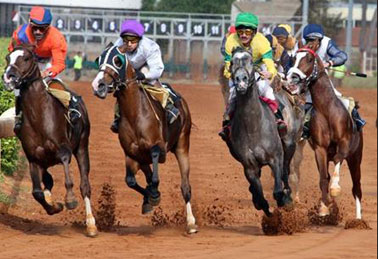