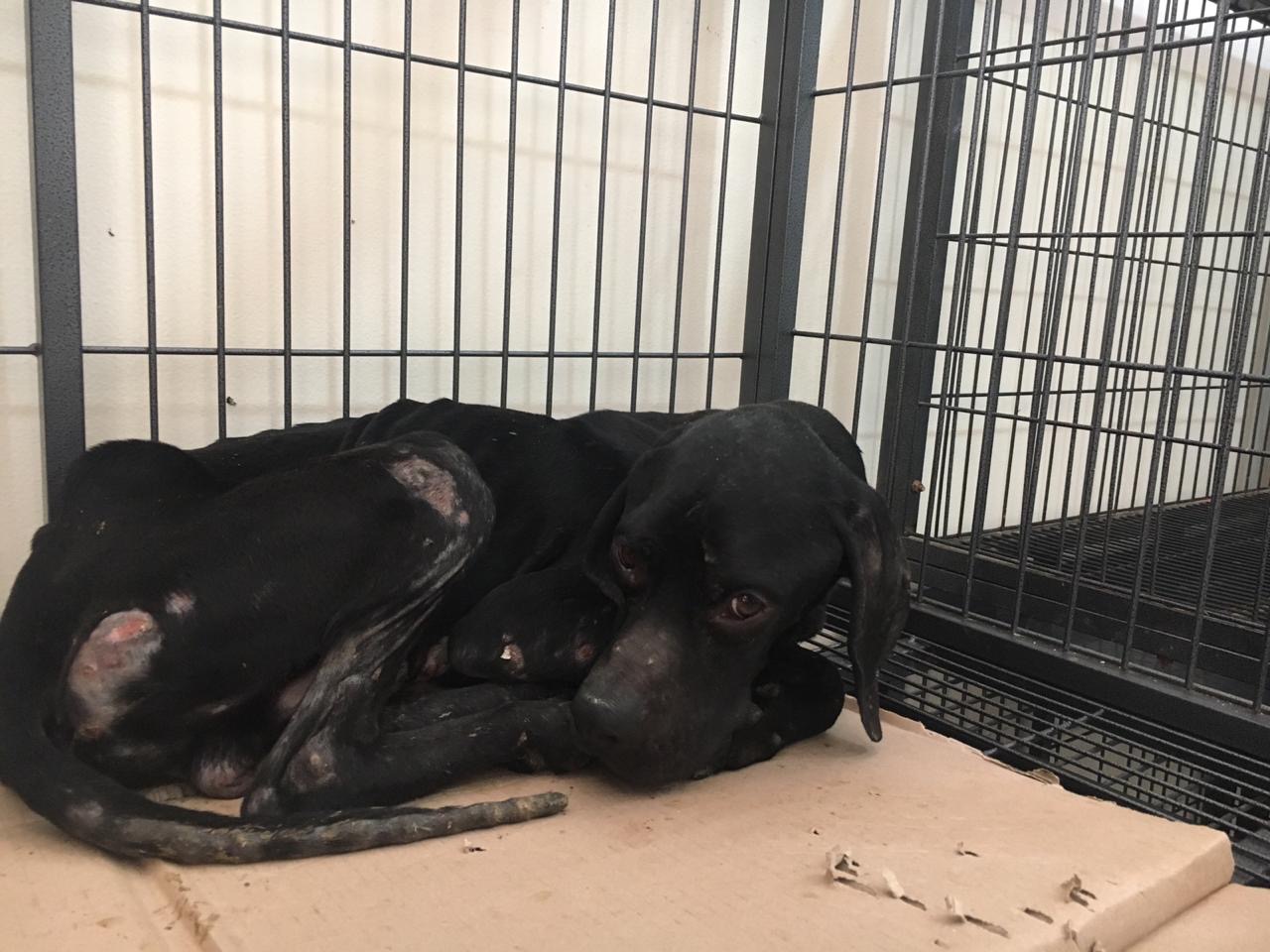 The scene was shocking – no food, no water, no bedding, small rusted cages, and 13 emaciated, dirty, panting dogs…

Numerous complaints were made by the public and NGOs to different authorities about the suffering of these dogs kept in an empty plot of land.

After carrying out an investigation and documenting the conditions the Beirut Governor made a decision to remove the dogs according to the Animal Law 47/2017 and transfer the case to the competent court. They were immediately rushed to a vet as they were in such terrible condition. According to the veterinary report all dogs were severely dehydrated, there were signs of starvation and most were underweight, severe poor hygiene, and covered in mud, feces, external parasites and contagious diseases.

They were so thirsty and would not stop drinking, and some needed to be put on IV to rehydrate and cool them. They all are now under treatment and will need further vet checks before they are healthy. The dogs were nervous but quickly showed appreciation at being clean, having a safe comfortable space to play and sleep, and free access to food and water. It is completely unacceptable that any animal is kept in such miserable condition.

With the passing of the Animal Protection and Welfare law animal abuse is illegal. The owner faces legal penalties that can include significant fines and loss of ability to keep animals.

Now the owner is trying to claim Animals Lebanon stole the dogs and threatening to sue the organization and claim for compensation. These dogs have been removed from the location and thanks to your support are now getting the care they need. But they are not safe until there is a final legal ruling in the case. Special Thanks to Acacia Clinic - Dr. Maher Yehya