While some people might be against the neutering of stray animals like dogs and cats, this practice is much better than having them shot on sight as they are in Lebanon or allowed to starve to death, as occurred recently in Japan following the Fukushima nuclear plant meltdown.

This is often as a result of abandonment or simply due to being allowed to continue breeding generations of offspring who are born into a very rough and cruel environment.

But a new animal spaying program in Abu Dhabi is something other Middle East countries can learn from.
Two street cats: They get fed

In the United Arab Emirates, Abu Dhabi animal welfare advocates are now on their way to helping to find a partial solution to an overabundance of stray dogs and cats there by having them captured and neutered before being released again back into the ?wild?.

A Stray Animal Welfare Conference held recently in Abu Dhabi and reported about in Gulf News rspoke about this project in which more than 5,000 strays were caught and neutered in the first nine months on 2011, as compared to 2,285 in the year 2,010.

The project, being carried out by the Abu Dhabi Environment Agency and the Center for Waste Management, also sponsored the week long conference in which the attendees were explained how the stray animals are caught, given physical examinations and treatment for any ailments, then neutered and placed for adoption in animal shelters.

The animals have a microchip implanted in them so their whereabouts can be monitored.

"?This is a great achievement because it means more awareness is being generated among the government, members of the public and organizations about the more humane methods that can be used to address this issue. In the case of cats, once they are safely captured, neutered, micro-chipped and released back to their original environment this allows us to control their population, which means they will have a higher quality of life in addition to helping to control the pest population in their area.?

The idea of neutering stray animals is not a new one, but it is one that is not often carried out. In most Mid East countries, stray animals are either captured and killed or simply shot on sight, as already mentioned. Abandoned and stray animals live terrible lives and often are injured and become susceptible to disease.

The Abu Dhabi neutering project is also sponsored by the World Society for Protection to Animals (WSPA).

Alistair Findlay , Middle East Programs Manager for the WSPA, was quoted as saying:

"The programmes launched within the region, including the Abu Dhabi government are impressive and hopefully our feedback and advice on Thursday [the conference?s final day] will help everyone enhance their efforts regarding animal welfare, especially for strays?. 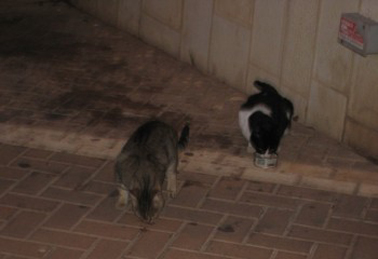 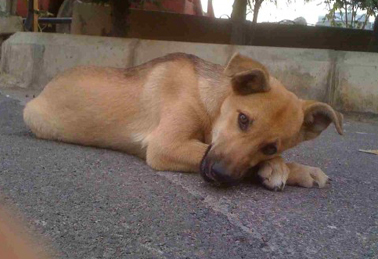