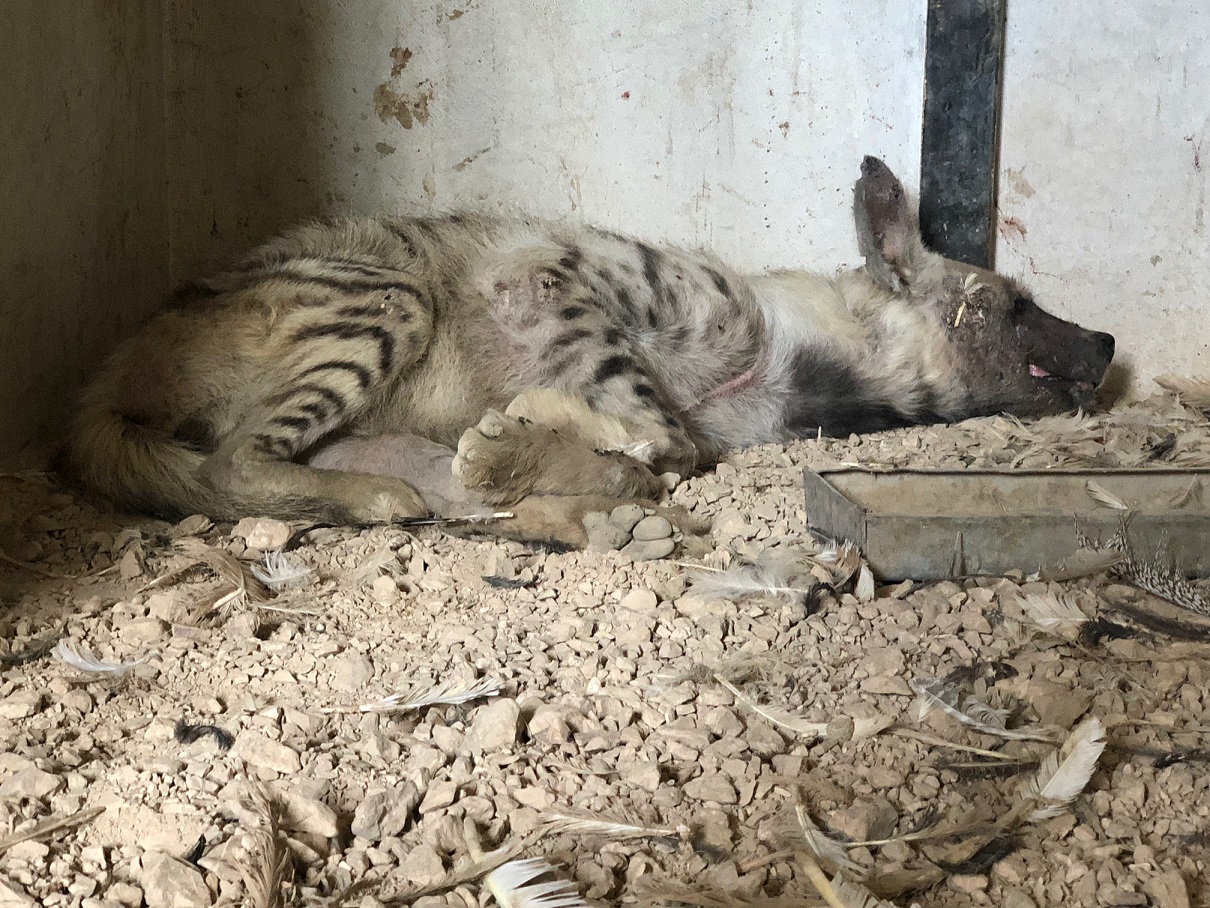 This hyena was illegally and brutally captured from the wild. The snare cut into her skin and she was unable to get free.

She was moved to a private zoo and kept in terrible conditions with two other hyenas. The three of them lived in constant fear.

We were able to rescue and release the two other hyenas into Lebanon's largest natural reserve.

But this hyena was simply too broken to be safely released. The stress of capture and the conditions of the zoo caused her to shut down, she has a large wound from where the snare cut deep into her body, and her teeth were damaged.

Sadly - she had to be left behind.

WE NEED YOUR HELP TO SEND HER TO A SANCTUARY

The situation is even more desperate as nationwide protests have now gone on for four weeks. All of our work is more difficult, and we need to move her before it might be impossible.

She has the chance to go to the Tonga Terre d'Accueil sanctuary in France. An amazing sanctuary that has already taken in animals we have rescued.

We must raise $3,000 now to build a transport crate, complete the veterinary requirements, and fly Hayat from Beirut to France.