Today a woman forcefully entered the quarantine area of our office. She had a plastic cat crate, grabbed a cat, and tried to leave.

When one of our female staff saw this and told her to stop, the woman hit the staff member in her face. She held on to the handle of the cage while this unknown woman held onto the sides of the cage. We immediately called police. For nearly an hour, waiting on the side of the road, there was a standoff holding the cage. The woman continuously dug her nails into the staff’s hand until scratched and bleeding. She still did not react to the woman even after having been hit in the face. 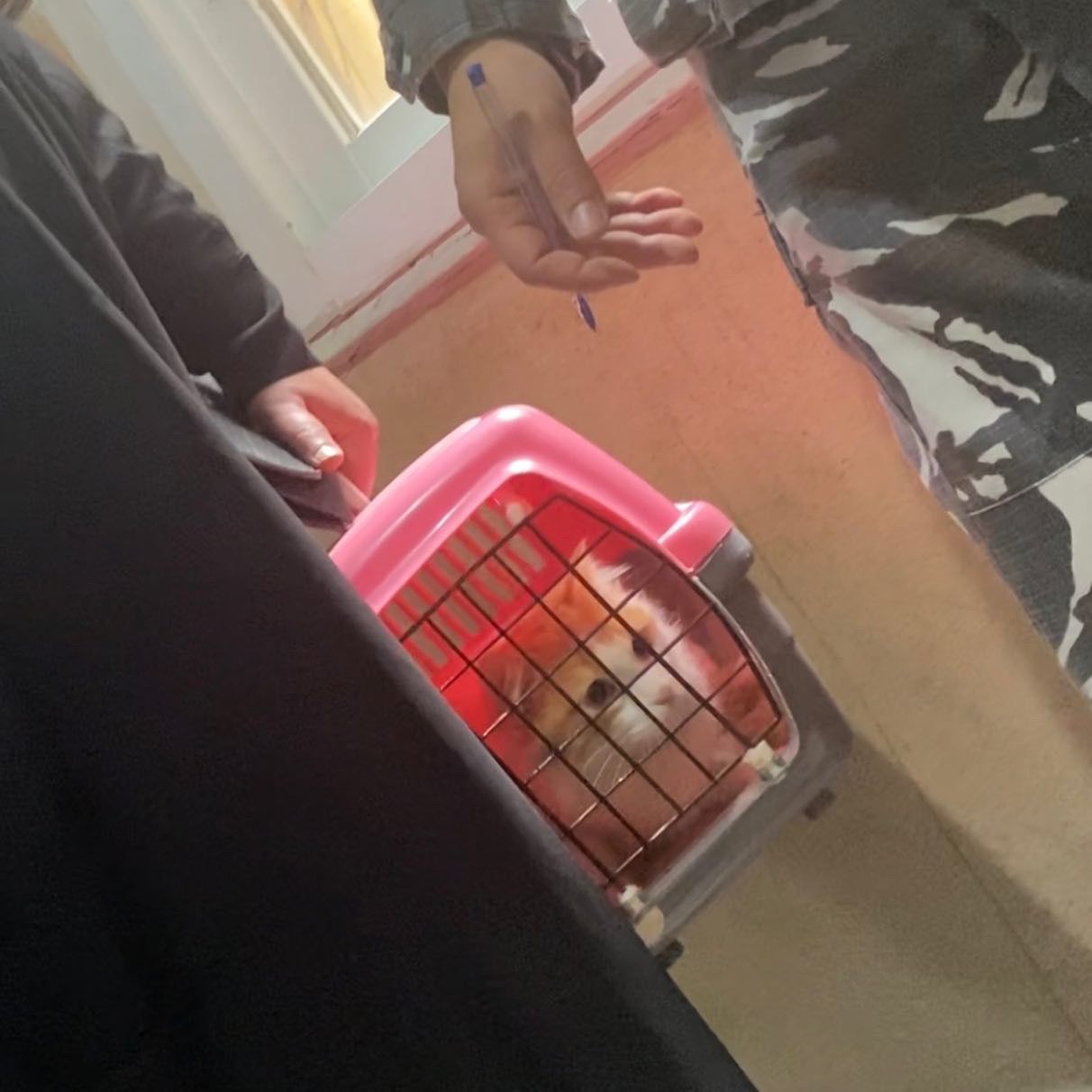 The woman claimed it was her cat…Another half hour of back and forth, and police taking statements, and the woman continued to refuse to provide the police her name, or ID, or anything to indicate ownership.

In front of the police, this woman shoved a second employee, and actually bit a third employee leaving a bite mark and broken skin. This is a sick and injured cat under treatment for a week.

We insisted to the police that the cat remains at the shelter for his own welfare and that this is an unknown person who is refusing to respond to them. Eventually, one police officer pulled the cage from the woman and returned the cat to Animals Lebanon. We moved the cat to a different location to avoid further problems and locked the office.

The woman was allowed to leave.

We appreciate that the police attended to this situation. Our team headed to Raouche Police station to file a complaint of theft, assault of three employees, and other threats. The next surprise… The police informed us that as all judges are on strike. We must wait until next week to try and file a complaint.

Too crazy of a day to know what will happen next. Will share updates when there are. Most of this incident was filmed by security cameras and people nearby. As this involves police and legal complaints, we are not publicly sharing any video footage at this time.