From Beirut to New York Tyler, Spots, Pat and Sehna, are four lucky Lebanese dogs, but each one of them had their fair share of suffering before coming to us.

We are constantly searching for new homes for rescued dogs such as these.

When a local placement is not available we sometimes have to look internationally for families willing to adopt a Lebanese puppy into their home.

Our international adoptions take time to prepare, but the wait is well worth it. It was back in July when we first started preparing to take these rescued dogs on their trip to New York.

Luisella, an Animals Lebanon supporter who is our focal point in New York, had been working hard to line-up homes for these four dogs.

Once the funds were secured, and the paperwork in order, the dogs were all set to go on their long trip to a new life. Karin and the four dogs took off for New York.

On landing, the dogs were welcomed by our team and their adopters. After some well-earned rest, the team went to a park and met four other Lebanese dogs who had travelled to New York a couple months earlier.

Enjoying the beautiful, green space, specially made for dogs, the dogs instantly bonded and ran around the park with a happiness they had not known in their early lives.

Speaking about the experience, Karin said 'Seeing them so happy and full of life is a great reward and gave me a boost to come back home and help more'.

A bit of background on each of them:

Pat
Pat was abandoned as a puppy on the street. As he was used to being looked after, he couldn't cope with the demands of living by himself outside. Every time someone passed by him, he would follow them, hoping for a home. One day, Patrick, one our supporters, was passing by and Pat decided to follow him. Patrick felt sorry for the little dog and called us for help. We took him to the vet and got him ready to be fostered.

Tyler
Tyler has a similar story to Pat, but was a little older and wiser. The dog had lived for a couple of years by himself and only approached people if called. One day, Faysal, an Animals Lebanon member was jogging in the early morning hours, and saw Tyler on the side of road.

After being called, Tyler didn't hesitate to run alongside Faysal and follow him all the way home. Faysal was kind enough to open his home to Tyler until a permanent place was found.

He contacted us for the help. Tyler was taken to the vet and put up for adoption. Being a large dog with no specific breed, we knew it was going to be  hard to find an adoption in Lebanon, and so Tyler was put on the international list.

Sehna
It was 11 PM one night in Ashrafieh and Spenser, a member of the public who was working late, heard loud crying from the street. Hiding in a corner Spenser found Sehna, a beautiful black puppy who was clearly in distress. Immediately he called Animals Lebanon and we set off to help.

As Karin, one of the Animals Lebanon volunteers, tried to approach her Sehna was still crying loudly. But soon with some tempting food the puppy calmed down and Karin was able to carry her into the safety of the car. At the vet we discovered that her injuries were minor and the loud crying was due to fear.

Spots
Spots was found by a kind lady who witnessed him being abused by some children. He was tied in a parking lot, and they were poking him with stick. She removed him from the hands of the group who were abusing him, and took him home for protection.

She called us for help. He was taken to be checked by the vet and it turned out that he also had bronchitis. He has been treated and taken care of and is as healthy as ever. He turned out to be one of the most affectionate dogs we have ever had. 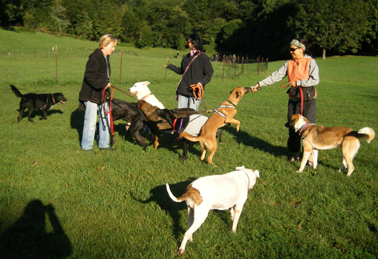 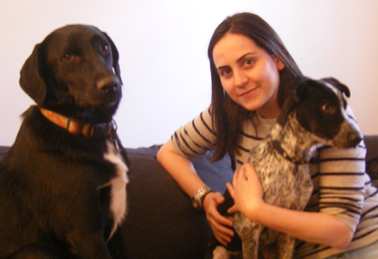 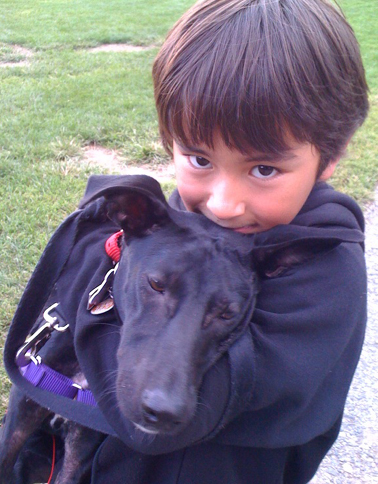