Eight dogs flown to US This holiday season 8 of our rescued dogs will be enjoying the warmth of a new home and loving family!

Over the last couple of months, we had very difficult rescues - amongst them were a group of dogs who came into our care from all sorts of terrible abuse - from being shot, being beaten, a mother and her pups on the verge of being poisoned, and sadly many more.

Each one of our rescues were treated medically and began their road to recovery - but in the meantime, the Animals Lebanon team worried about the next step as none of them would be adoptable in Lebanon.

Because they are all big sizes and non-pedigree street dogs, no one was interested in them here and we had no where to turn.

Like a holiday gift, the answer came with the arrival of Animals Lebanon long-time friend and international veterinary advisor, Dr. Bruce Langlois.

Dr. Bruce came to Lebanon to take part in the Beirut Marathon, running the full 42 kilometers in the name of animal welfare legislation.

He not only completed his run in an astonishing 3 hours 20 minutes, but was up and ready the next day working tirelessly to help these dogs find a homes in the US.

Dr. Bruce had been corresponding with Janelle McFarlene, rescue director of Heart of Hope Dog Rescue to help find homes for the eight dogs.

Lilo and her puppies came into our care after we received a distress call that this family were to be poisoned by residents of the neighborhood where the stray mom and her pups were taking shelter.

We found Lilo in the bushes hiding, and she had even dug a hole to shelter her puppies knowing they were in danger!

Roofus was picked off the streets after being found roaming with a broken leg - he was kept in a room with a generator in the dark for a while where he was traumatized by this experience. He is now in the loving care of a new family with miles and miles of green space to run in!

Laura is one of the kindest dogs we have ever rescued. She spent her life following people on the streets hoping for someone to take her in. One day, she followed the wrong person and ended up getting severely beaten. As a result of the incident, she had to get her tail amputated and was living in excruciating pain.

Laura is now a healthy happy dog and her biggest wish was granted: she now lives with a loving family who are trying to keep up with all the hugs and licks she affectionately and gratefully delivers!

Coconut was rescued on a cold and rainy day as she tried crossing the street and ended up paralyzed from fear between cars. One of the people on the road was an Animals Lebanon member and she immediately scooped up the trembling dog and took her to safety.

Coconut was so skinny and fragile - she had no idea how to make it on the streets. In the care of Animals Lebanon, she grew to be a beautiful, happy, and grateful dog. Coconut will now live the rest of her life in the loving care of her new family without ever having to worry about making it on the streets again!

As usual, the trip took a long time to prepare as our team had to undergo serious fundraising to ensure each dog had a ticket out!

All the sleepless nights and tireless efforts paid off and we said goodbye to our rescued dogs and received pictures of their new lives with their new families.

A big thank you to all the people who made this success story possible especially Dr. Bruce and Heart of Hope Dog rescue whose compassion was extended all the way from the US.

This holiday season, the wish of 8 destitute dogs was granted - donate today and help Animals Lebanon save many, many more! 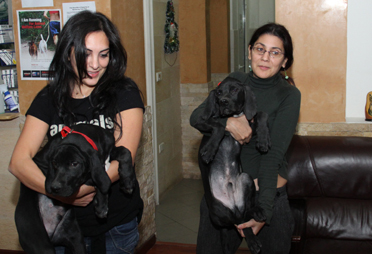 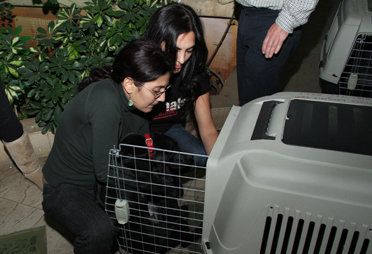 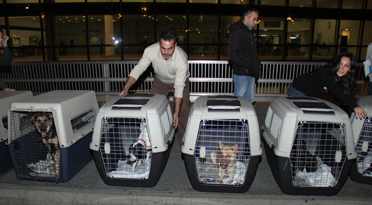 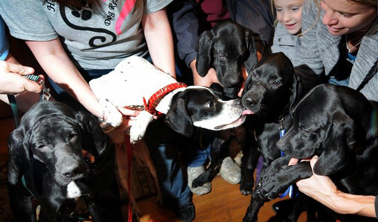 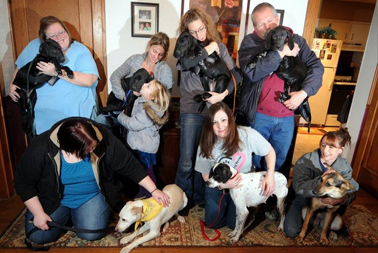