Hazel and Aiden lived miserably on the streets for a long time - however it was not until we arrived to the scene of the rescue that we understood just how bad it was.

Animals Lebanon first became aware of just one stray dog that people were reporting to us and pleading for immediate and urgent action. One person reported seeing what resembled the ghost of a dog, another called frantic and hysteric at the sight she had seen.

We knew it would be bad.

On Tuesday night, we equipped ourselves with a trapping cage, covers, and food to attract the surely hungry dog. We then made our way to her hiding spot - an abandoned construction site four floors underground which reeked of terrible smells and was covered in dirt everywhere.

We started by setting up the humane dog trapping cage as we knew she would be terrified of people. In a panic, Hazel ran out of her hiding spot, reaching a stone cold halt in the middle of the highway where cars are speeding right and left. "My heart sank," reported one of the rescue workers at the site. "Her body was tiny, emaciated, and she was shivering uncontrollably, struggling between the fast cars around her. She was grey, her coat eaten up by years of skin disease and infections."

Luckily Hazel made it across the highway. We quietly followed her, finding ourselves at a dumpster. This is where we witnessed the most heart-breaking site - she was so hungry that she was eating plastic bags. They may have had the scent of food on them, and that was enough for her, tired, famished, and confused, to eat them. It was so difficult to watch, but in order not to risk loosing her again, we stood back.

Hazel later returned to her hiding spot underground, where she continued to scratch herself aggressively in discomfort from her skin. She then curled into a tiny ball and slept. We decided to come back with a bigger team in order to guarantee her successful rescue.

The next day, Hazel was no where to be found. We left food for her and were committed to coming back every day until she was rescued.

The third day, we spotted her running again between cars. Sadly people in the cars were careless, in fact, one of the volunteers asked a woman to stop, but instead her response was "you want to stop cars for a piece of meats?" Although it was very disturbing to hear this, we stayed focused on our goal and continued our work.

We followed Hazel to where she was hiding behind a bush in front of Monoprix supermarket in the Jnah area. We knew this was the moment.

We set the cage right in front of the bush and put some chicken inside. A few minutes later, attracted by the smell, Hazel cautiously made her way to the cage. We quickly closed the door and caught her! Hazel began to yelp in terror, realizing she had been caught. To our surprise another dog, in even worse condition than Hazel, ran out to help her. Realizing that he was so bad, he could not even smell the food, his rescue would be far more difficult.

The next day we were determined not to go back without rescuing the second dog, whom we named Aiden.

It was impossible to catch without using the dog net.

It was a very stressful time to see him tangled up in the net but it was a great feeling to know he is off the street and on his way treated and have the chance of a beautiful life.

Hazel and Aiden are currently receiving extensive medical care for their condition. They will need to receive at least three solid months of treatment in order to recover fully.

Before we rescued them, we understood that the Municipality was preparing to shoot them as this is the current form of stray animal control.

We need your help

Donate now to help Animals Lebanon cover the cost of their treatment.

Hazel and Aiden did not stand a chance on the streets. They were dying a slow and agonizing death when we found them. You can help us restore their health, get their shiny coats back again, and see them adopted into loving forever homes. 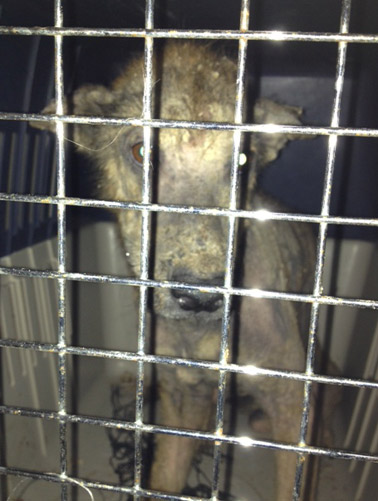 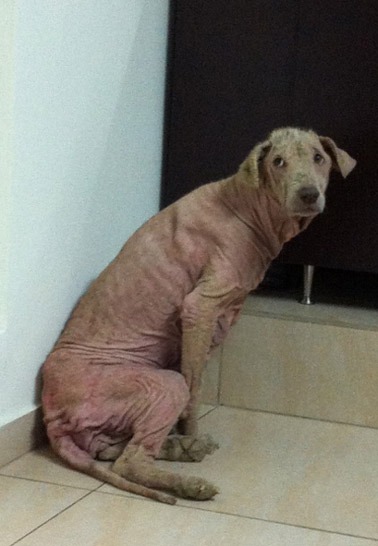 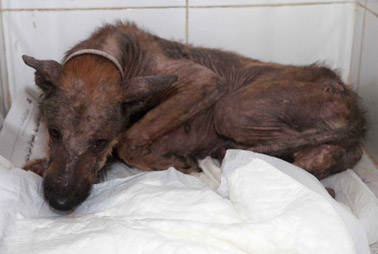 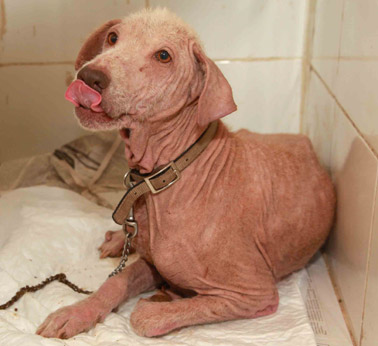 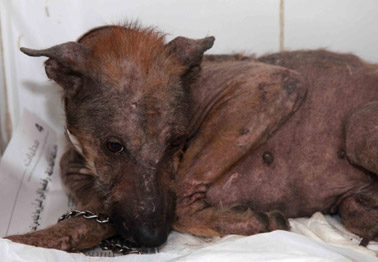