175 countries have joined the convention, with Lebanon, Iraq and Bahrain the only Middle Eastern countries not yet part. An article in June reported that the King of Bahrain issued a law ratifying their country?s decision to join.

Animals Lebanon was invited to the 15th Conference of the Parties in Qatar in 2010 to participate in a meeting between the Minister of Agriculture and the Secretary General of CITES. The Minister expressed his intention to have Lebanon join and asked that NGOs continue to make an issue out of this, keep it in the media, and make sure that it is not forgotten.

We also worked with the European Commission holding a national conference to stress the importance of protecting more than 30,000 species of endangered animals and plants, and trained other activists interested in advocating for CITES.

Sadly, the smuggling of animals in recent years also kept this issue in the public's attention. Lion cubs were being smuggled from Syria for the exotic pet trade, a shipment of parrots were confiscated in Bulgaria after being exported from Lebanon. The various chimpanzees, tigers, and other highly endangered animals found throughout the country gave an urgency to join the convention and enact national legislation to enforce it.

It was one of the last days of 2009 when we met with the Minister of Agriculture about a circus that had transported animals in horrible conditions and did not meet the requirements of CITES.

As Lebanon had not joined the convention there was very little action that the Ministry could take, but importantly it gave us the ability to urge the Minister to make joining CITES a priority.

"On behalf of the Species Survival Network I am delighted that CITES is on the verge of welcoming its newest Party,? said Species Survival Network President Will Travers. ?As the pressures on the natural world and wild species of fauna and flora grow ever more intense, I believe and trust that Lebanon will help this important global Convention discharge its responsibilities towards the careful stewardship of our planet's natural heritage."

The vote in Parliament comes after the Council of Ministers approval for CITES in February. Lebanon will be considered a party to the convention 90 days after the Ministry of Foreign Affairs communicates this to the CITES Secretariat.

Lebanon, like all countries, then needs to enact national legislation to be compliant with the convention. Parliaments vote is vital, but for the convention to work we need to have the necessary laws in place.

The draft animal protection and welfare law will go a long way to making Lebanon compliant and giving the government a strong legal basis to begin enforcement.

We want to thank the Ministry of Agriculture for making this issue a priority, the Council of Ministers for recognizing the importance of this convention and the need to protect endangered species, and all of our supporters who helped make this possible.

What began as a complaint about an abusive circus and their treatment of a lion cub has two and a half years later helped result in Lebanon joining the most important convention to protect endangered species. 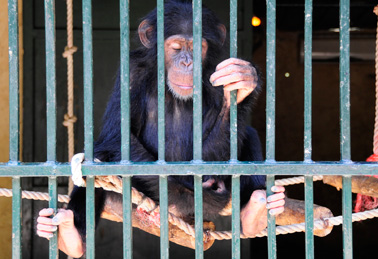