So much danger for little kittens

Many times helping an animal is as simple as quickly picking up a kitten and going to the vet, other times Animals Lebanon volunteers have some rescues that are far more challenging.

Some of the animals we rescue are found wandering outside after being abandoned or born in the streets, and in only a few minutes they can be helped. But often our job confronts us with rescue operations that are much more complicated to solve.

One recent example of these difficult rescues is Alex, a one month old kitten that had climbed inside a car engine thinking it would be a good place to hide.

Once inside, Alex could not manage find her way out again and was stuck inside the inner workings of the car for at least two days explained a worker in the area, meowing the whole time for attention.

As soon as the volunteers got underneath the vehicle to try to get her out it became obvious why she was so scared. The roar of the passing traffic, honking of horns and vibrations of every car that went by on the busy road was disturbing enough. The anxiety and fear of being alone and trapped under the hood of the car must have made this a terrible experience for Alex.

After four hours of coaxing her, struggling with oily hands, and temprting her with food, we finally managed to get Alex out.  This kitten was dirty, starving and petrified, but at least she was finally safe.

Another case that took skills the fire department would have been proud of was that of Lucy. This cat was hit by a car in front of two volunteers and crawled into a building to find shelter. Somehow Lucy had managed to find her way onto to the second floor and was dangling precariously from a ledge when we arrived.

Lucy was injured and had very little to cling onto, but wasn't possible for the volunteers to climb up and reach her. Luckily there was a quick back up plan, a large outstretched piece of cloth that we used to catch her with when she fell.

After being seen by a vet it was discovered that Lucy had internal injuries from the trauma of her ordeal. With lots of love and expert treatment she will quickly recover and soon be ready for adoption. 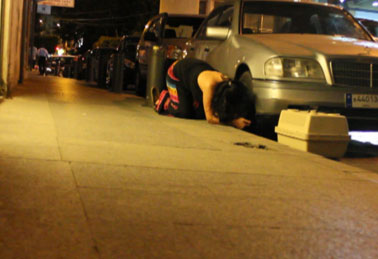 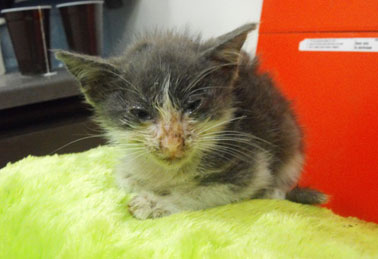 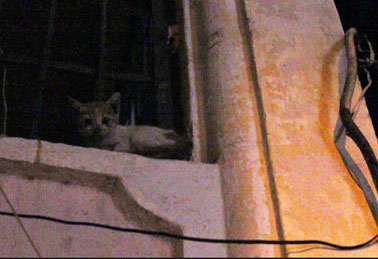 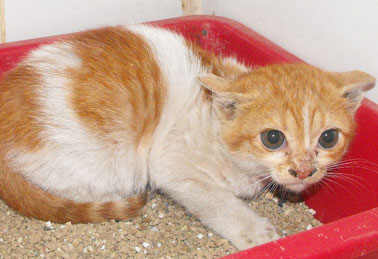