Locked for more than a decade - Help free bears and lion! 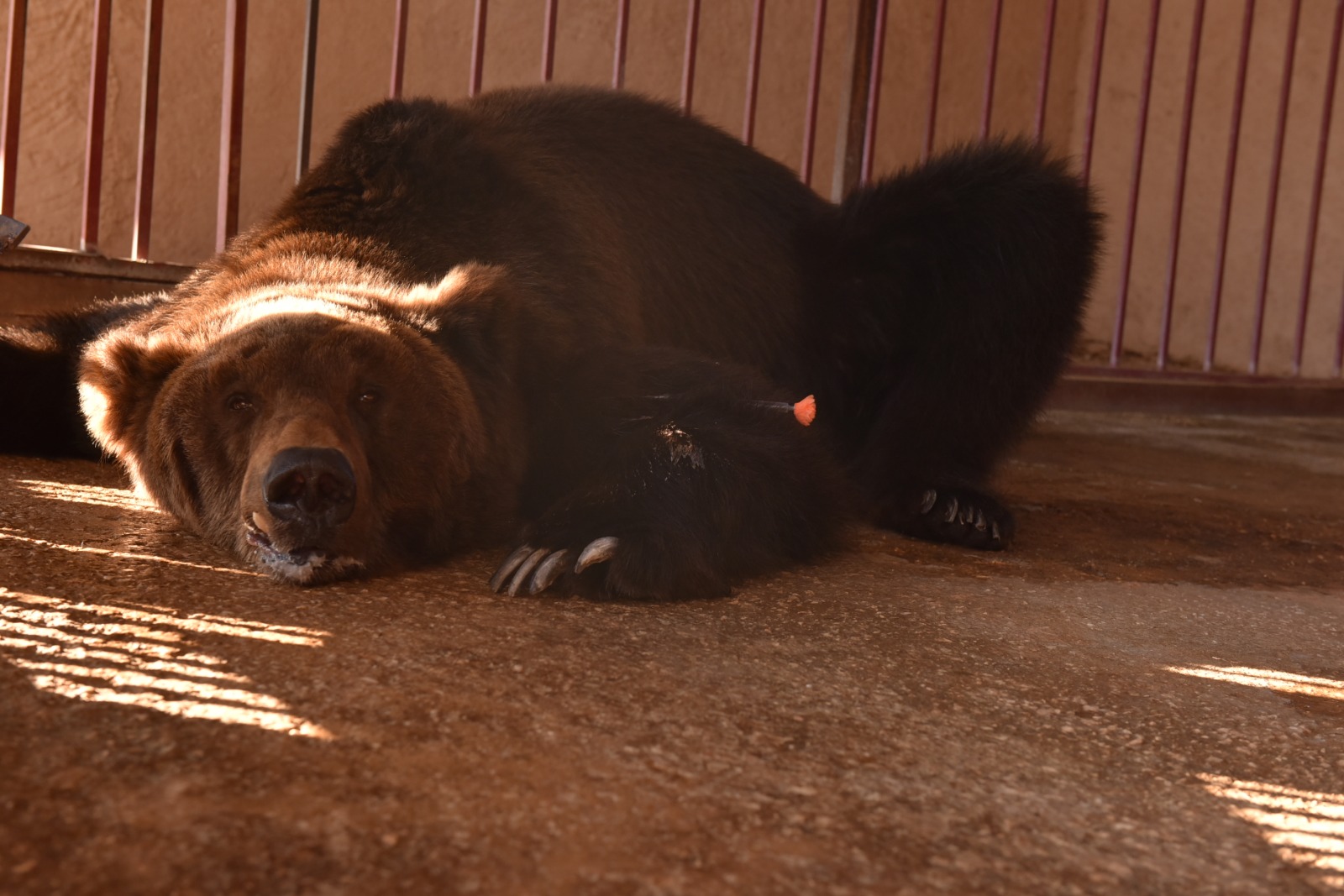 Locked for more than a decade - Help free bears and lion

These endangered animals are kept in poor conditions at zoos in south Lebanon.

Animals Lebanon has been working this year to free the animals from these two zoos so they could go to sanctuaries.

Just as we were able to get agreements so they could be removed from the zoos – protests broke out. With nearly two months of nationwide protests, collapse of government, bank closures and economic crisis, we urgently need help.

The situation became critical and we contacted Four Paws International.

Only two weeks later the team from Four Paws International arrived to Beirut, provide much needed veterinary treatment and funding for their care.

Two bears finally have the chance of freedom after 15 years of captivity. They have been living in a small, barren, cement room and often went hungry. They were sedated, got a full check up with blood tests and ultra sounds, and got vaccines. Sadly, one of them had his tooth protruding through the side of his face for years. The pain would be terrible, and prevent him from eating properly. He needed a small surgery to fix the side of his  mouth and close the hole. 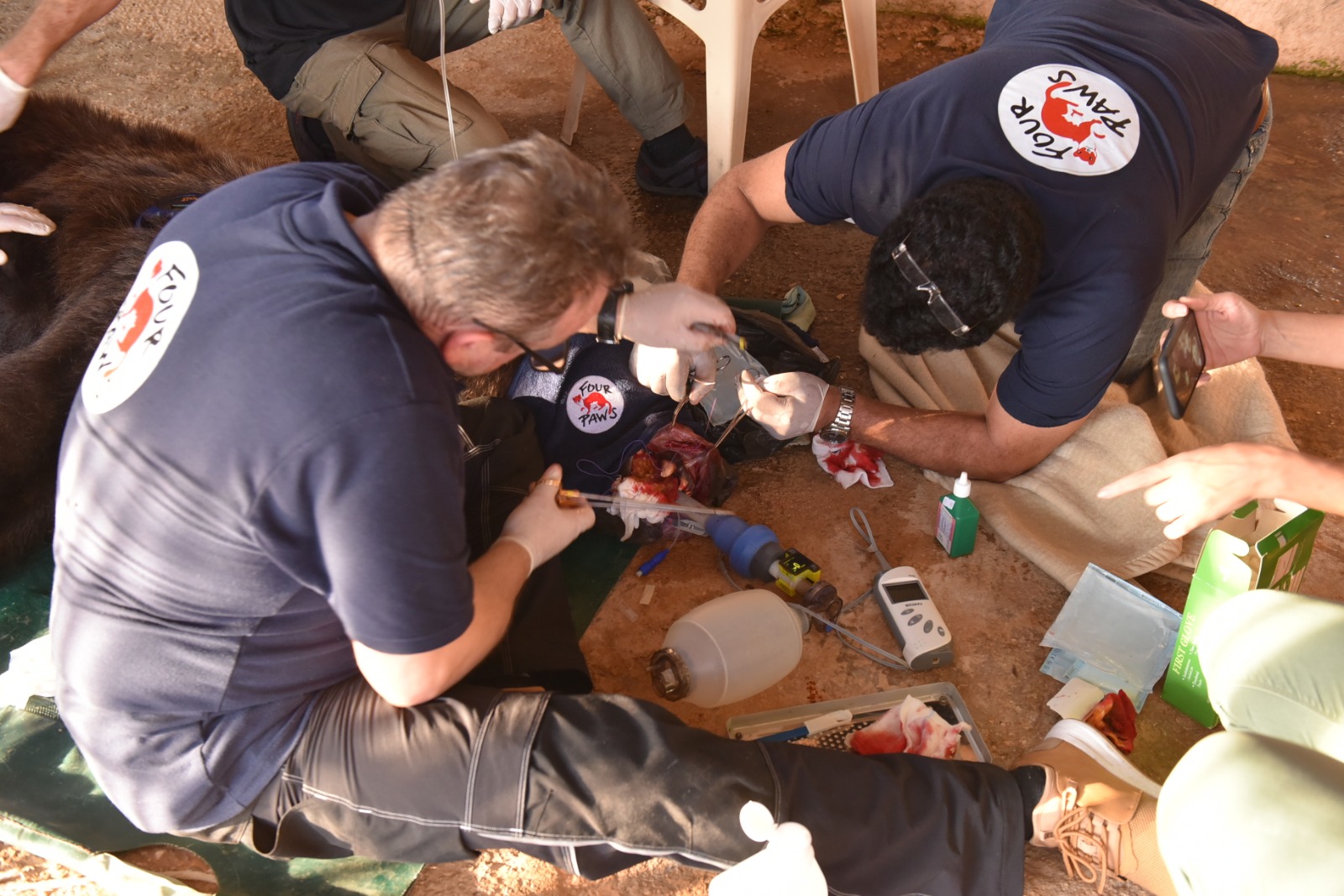 This young female lion, less than a year old, has been kept alone in a small cage. Animals Lebanon is now working with Four Paws to give them proper food and improve their condition until they can be flown to safety. 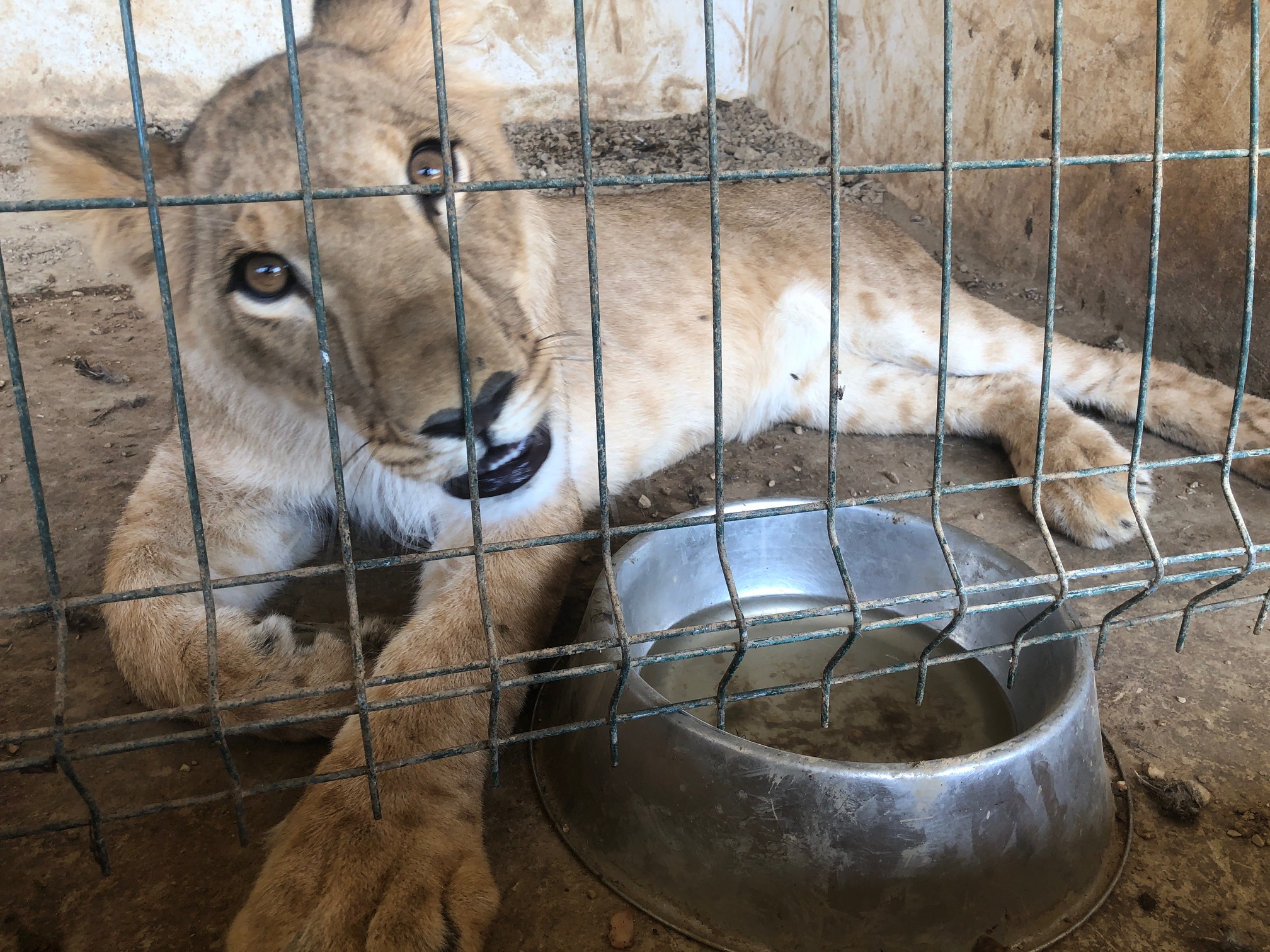 The first steps of this major rescue are now done. We have secured their freedom. They have had their first ever vet checks and will get proper food and medical care. The last step is getting them out of the zoos and into sanctuaries.

You can help free these animals and give them their first chance at life.

Donate now and check back as we share updates on their progress.

Thank you to Dr. Amir Khalil, Dr. Frank Goritz, Ms. Marion Lombard and the team from Four Paws, and everyone  who helped make this possible.