Updates of rescued wildlife from sanctuaries around the world. And you can help a rescued wolf get to a sanctuary!

Wildlife are victims of the illegal pet trade, kept as exotic pets, or locked away in private zoos. 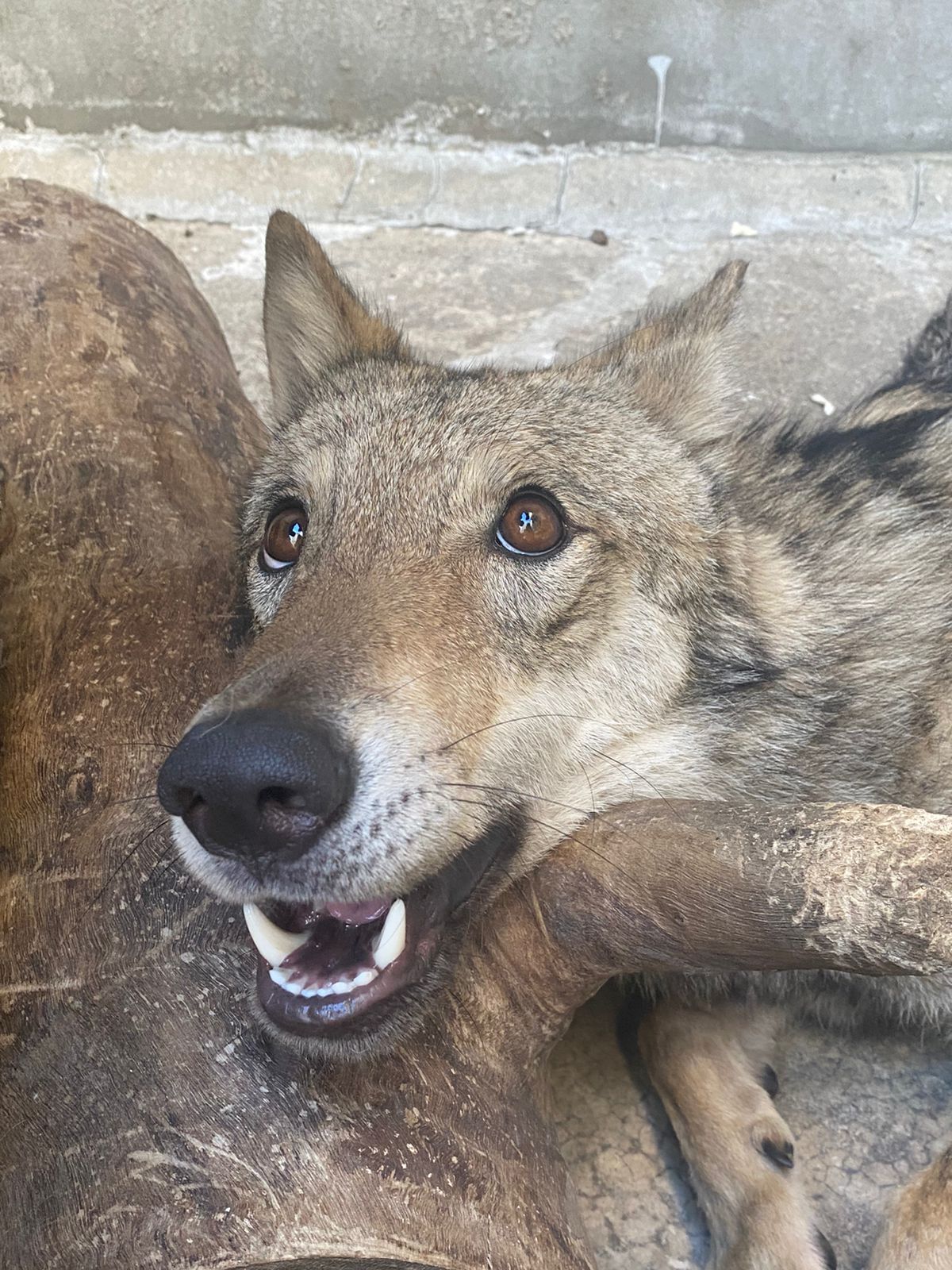 We continue to fight to stop this. Confiscating animals at the airport when they are being trafficked into Lebanon. Closing down four zoos. Rescuing exotic pets.

Lions, tigers, chimpanzees, hyenas, bears, crocodiles, different monkey species, and many other endangered animals have been saved over the years. They quickly transform once they get to sanctuaries. Sad, broken, solitary, sick animals become healthy, make friends, become part of a family group, and for the first time get to live as they should. 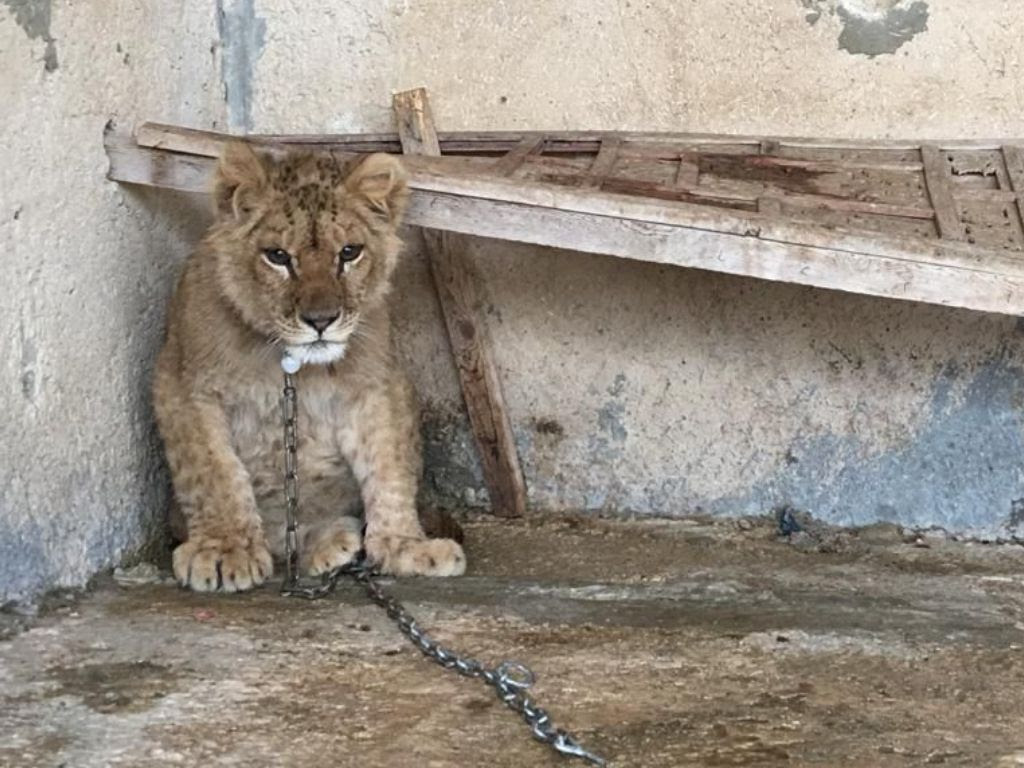 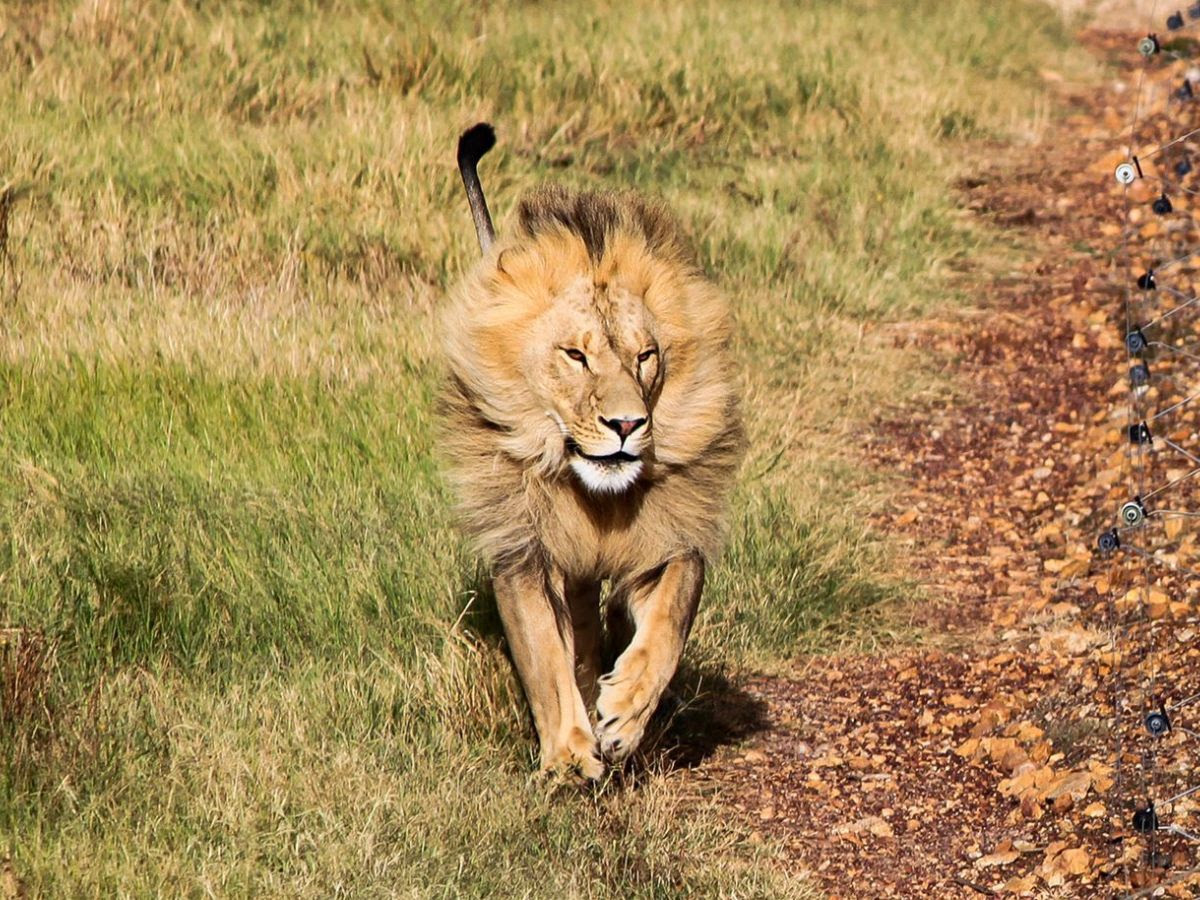 Stuart was saved from a run down zoo. He was sick, alone, and would have faced a miserable life. Lions are treated so poorly that they rarely live a full life. Luckily Stuart was still young, and adapted well at the Drakenstein Lion sanctuary in South Africa. 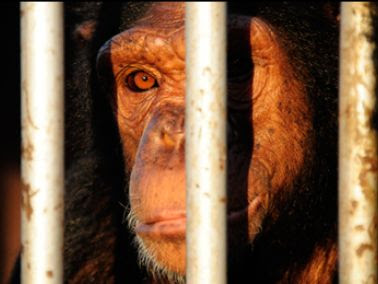 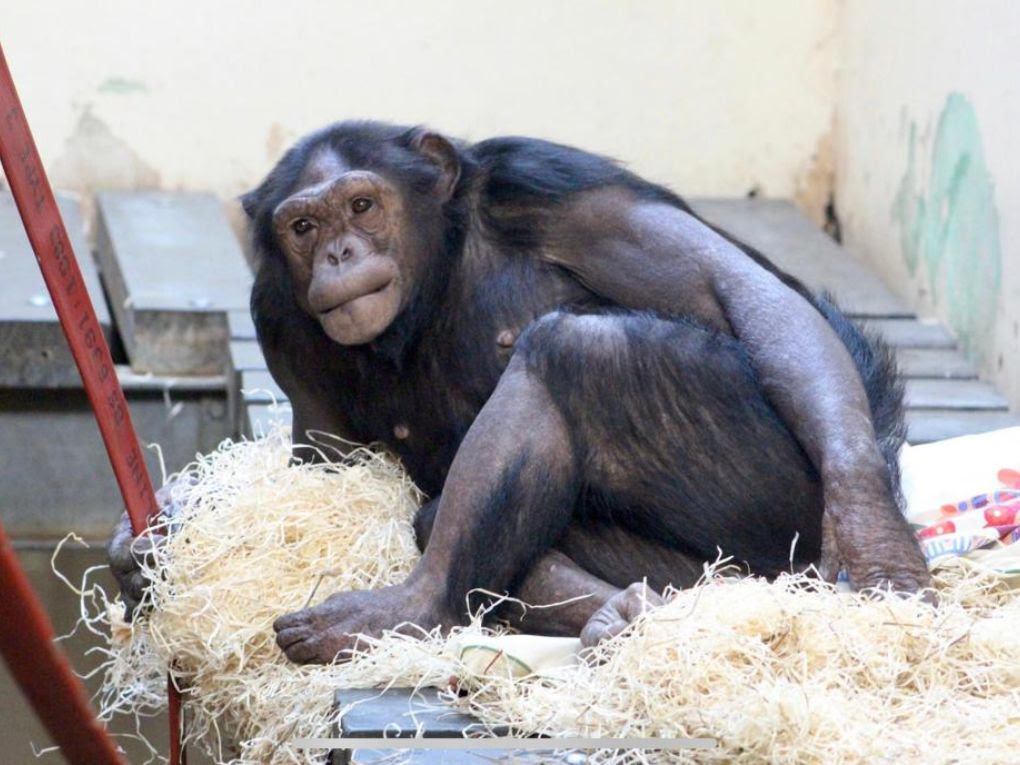 Kiki was kept as an exotic pet. This young chimpanzee was locked alone by the side of the road for years. She finally got the chance to go to Monkey World in the UK. Kiki is now part of a large group of chimpanzees. 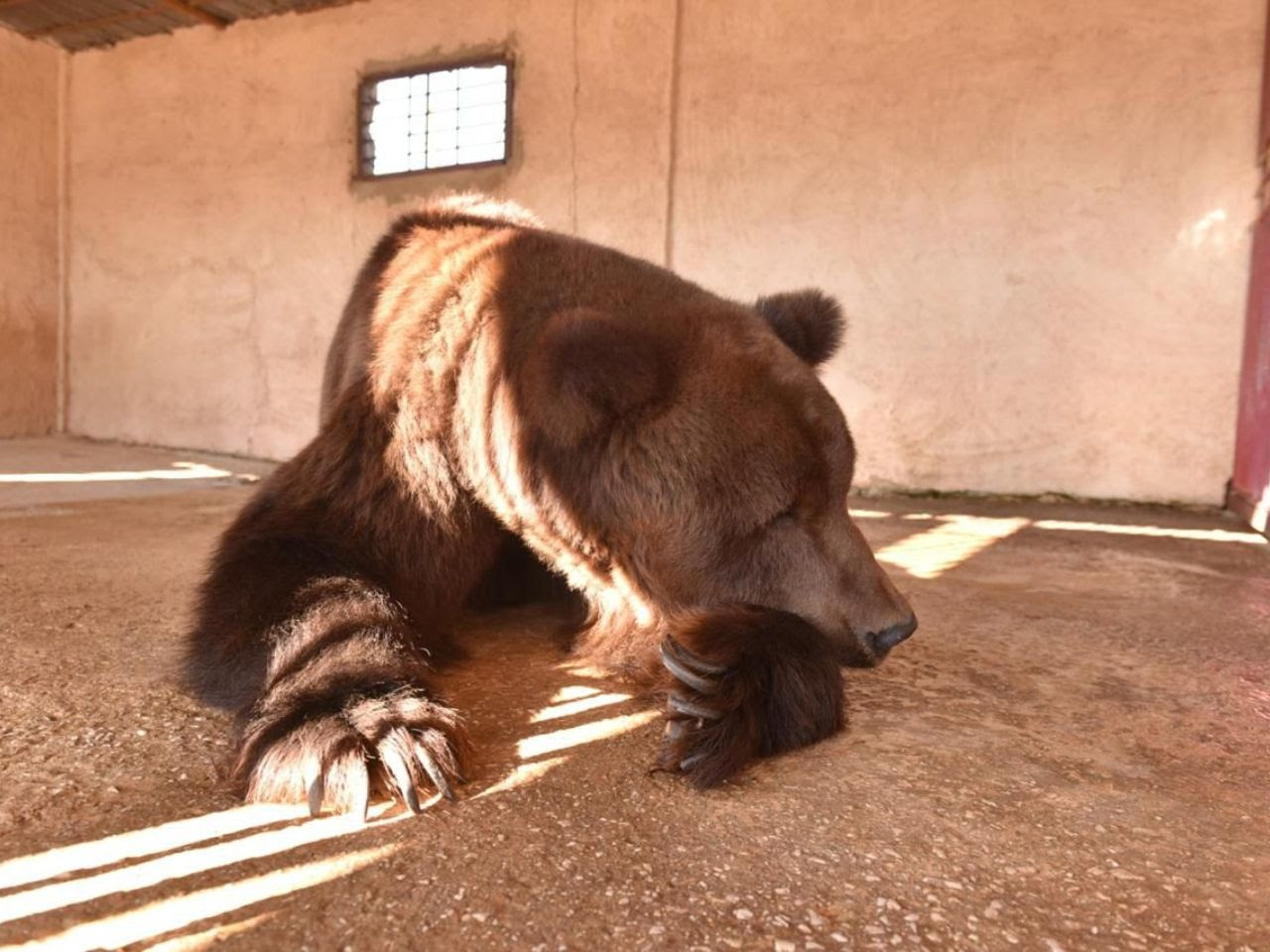 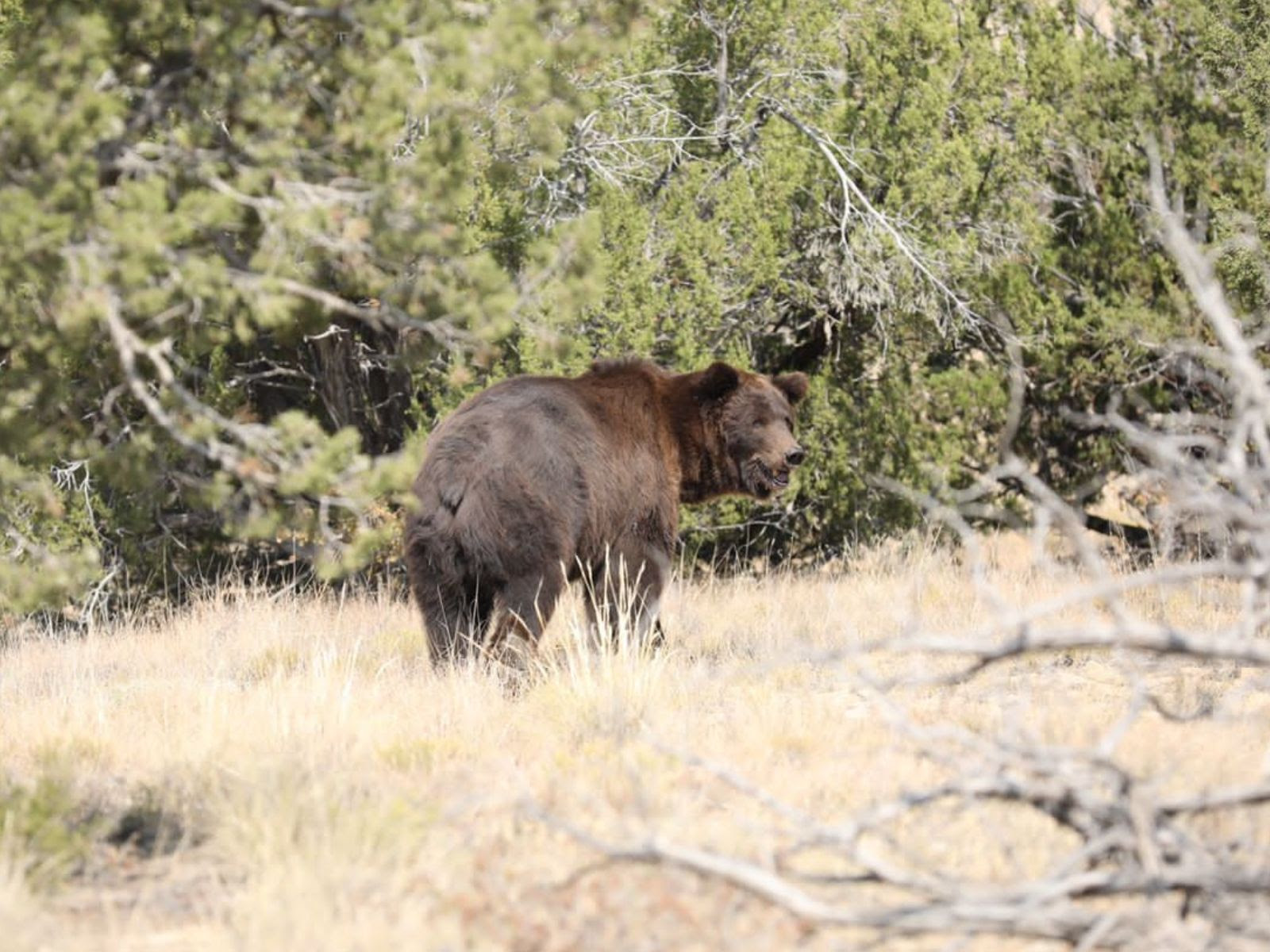 Homer and Ulysses suffered for 15 years in a private zoo. These two bears were locked in small cement cages, malnourished and in poor health. Their rescued was first delayed by the economic crash and protests, and then again with airline disruptions due to COVID. Last summer, they were flown to The Wild Animal Sanctuary in the US. For the first time in their lives, they live in large, natural enclosures, proper care, and can enjoy life.

We need your help to get this rescued wolf to a sanctuary. 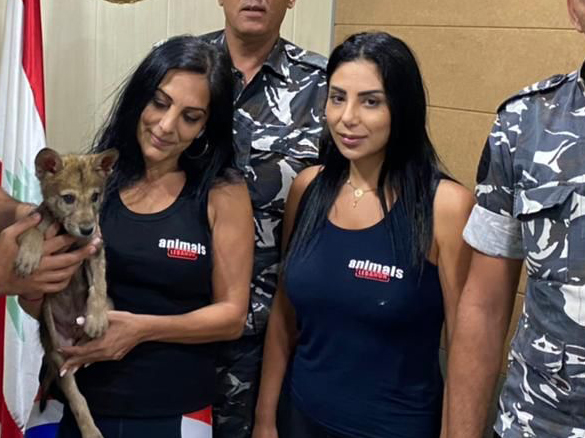 He was confiscated as a baby. The police taking him from a man trying to sell him.

Wolves are endangered, and rare in Lebanon. They are hunted or capture and put in private animal collections. All illegal under the animal welfare law and other environmental laws.

The police gave Animals Lebanon this wolf for proper care. Finally all of the permits are in place, and he will hopefully soon be on his way to The Wild Animal Sanctuary in Colorado, US.

Please donate now to give this wolf a second chance.

With your help he can get to a sanctuary and thrive just like the other wildlife we have rescued.