With just a few hours to go before the start of the Conference of Parties 16 in Bangkok here is a quick 10 point outline of what CITES is and what it is meant to achieve. It should give you an understanding behind what is going on at Bangkok over the next 10 days or so.

CoP stands for the Conference of Parties and 16 is the 16th meeting since the establishment of the convention on 3 March 1973 which became legally binding on 1 July 1975.  The first Conference of Parties was held in Bern (Switzerland), 2-6 November 1976.  Conferences have been held every 2 or 3 years and last for about 2 weeks.

The UK has never hosted a CoP though Switzerland has hosted it twice (CoP1 Bern (Switzerland), 2-6 November 1976 and CoP7 Lausanne (Switzerland), 9-20 October 1989). This years meeting in Bangkok will be the first time it has returned to a city having previously been hosting in Bangkok for CoP13 Bangkok (Thailand), 2-14 October 2004. Thailand will also become only the second country after Switzerland to have hosted a return visit.

3. What countries are party to CITES?

There is now less than 20 countries in the world that have not signed up to CITES ? the exact number depends on how many countries you consider to exist. Depending on how you count independent countries the number varies between 190 and 197.

First and foremost CITES is a trade agreement it is not a conservation or biodiversity agreement. It?s aim is to ensure that international trade in species does not have a negative impact on the survival of species in the wild. It also only covers cross-border trade it has no involvement on trade of species within a single country boundary. Most countries though who are signed up to CITES also have domestic laws and regulations to control trade in species covered by CITES.

Because CITES is an international trading agreement some endangered animals may not be eligible for inclusion on the list of protected species. One proposal for this years CoP is to put the West African Manatee onto the Appendix I listing but it is being recommended for rejection because there is no apparent international trade in the species.

CoP meetings allow members to decide on which species should be controlled in international trade. It allows for members countries to ban or set levels for each species and to ensure that trade in species does not have a negative impact on wild populations. By controlling trade member countries are able to monitor the legal trade in species. According to CITES the legal trade in species peaked in 2008 at just under 900,000 transactions (trade deals not number of individual animals or plants). The last figures released for 2010 showed official legal transactions at 850,000.

5. What does CITES cover?

The CITES agreement covers any of the living natural resources of the planet. It includes live specimens and also products from the species such as trinkets, food products or other goods. If a product comes from the wild then it can be protected by CITES if member states agree.

Member countries are required to enforce the agreement in their own country. The CITES Secretariat itself has no investigators or enforcement officers. In the UK CITES enforcement is the responsibility of the Biodiversity Programme office of DEFRA in Bristol.

There are lots of regional co-operation agreements between national law enforcement agencies to help investigate breaches of CITES. With the connection between the illegal wildlife trade and organised crime and terrorism INTERPOL is playing a growing role in helping to co-ordinate intelligence and operations against breaches of CITES agreements.

7. How many species are covered by CITES?

The number of species on the CITES list can vary with each meeting but currently there are about 25,000 plant species and 5,000 animal species covered by CITES.  These species are split into three groups with differing levels of protection:

8. What is the difference between the appendices?

To undertake trade in these species the trader must get an export certificate and a re-export certificate if going through 3rd party countries. There is no requirement for the trader to have an import certificate to the destination country under CITES regulations though many CITES members will have their own domestic law requiring import permits for CITES Appendix II species.

Appendix III list species which some countries are worried about if the trade in the species is not monitored. This may be because the species is threatened in it?s country but is not globally rare. A country can ask for a species to be listed in Appendix III. This allows it to introduce it?s own export conditions and other member countries are required to issue a certificate of origin for individuals of the species exported from its country. This allows a record of the international trade in the species to be built up and where those specimens originate from.
9. Once a species is listed are all individuals covered by listing equally?

Not all endangered animals are equally rare in all countries so the CITES agreement allows for recognising the differences between populations levels. Effective conservation in one country means it may not require the same levels of protection than the same species or genus in another country.

The most notable example of this is the rhino. The rhino is generally on Appendix I listing because of it?s rarity but the rhino population of South Africa and Swaziland are strong thanks to conservation measures which means they have been placed on Appendix II to allow for limited trade in trophy hunts.

10. What sanctions can CITES impose?

Because CITES is a trade agreement the most effective tool that CITES has is trade sanctions against a country. The sanctions can range in banning all trade of CITES listed species to a country or a ban on trading in one species in particular.

For example no CITES member country can legally export Falcons to Bahrain as there has been a trade ban on Falco cherrug with Bahrain since 2007. There has also been a complete ban on all trading in international CITES trading with Somalia since 2002.

The full list of trade bans can be found at the Trade Suspension page of CITES.

There is going to be lots of interesting discussion over the next 10 days and hopefully the above will give you a brief introduction to CITES and lets you understand whats going on a little better. 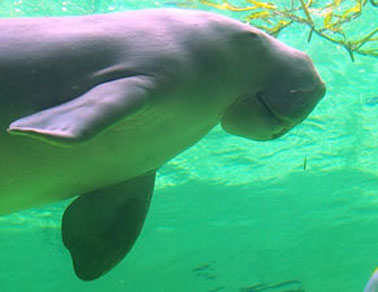