It was 11 PM one night in Ashrafieh and Spenser, a member of the public who was working late, heard loud crying from the street. Hiding in a corner Spenser found Sehna, a beautiful black puppy who was clearly in distress. Immediately he called Animals Lebanon and we set off to try help.

As Karin, one of the Animals Lebanon volunteers, tried to approach her Sehna was still screaming  loudly but soon with some tempting food the puppy calmed down and Karin was able to carry her into the safety of the car.

At the vet we discovered that her injuries are minor and the loud screaming was due to fear. Sehna is now spayed and vaccinated at a foster home waiting to be adopted.

The next night we received calls, emails and facebook messages about a three legged puppy abandoned under a car. The email had pictures of the little puppy, the fear in his eyes clear to see.

We called the person who spotted him for details and he informed us about a lady who had simply decided to leave him on the street.

Two of Animals Lebanon's devoted volunteers went to pick up the puppy, now called Shine, and take him immediately to the vet.

Shine had one of his legs amputated some while ago, and one of his back legs has some nerve damage. He is now being fostered with Sehna the other rescued puppy and getting the care and love he deserves.

Shine and Sehna are being fostered together by a nice lady. They proved to be not only beautiful but lucky as well. One of our Animals Lebanon members was able to find them a beautiful home in the South of France!

Keep tuned for their news from their forever homes.

If not picked up, these two puppies would have suffered greatly, our work is only possible with your support. To help us save more, volunteer with us or donate today! 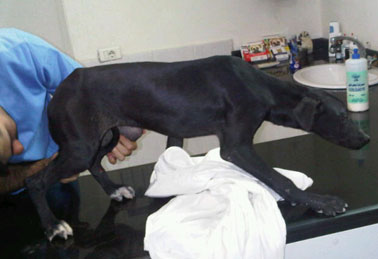 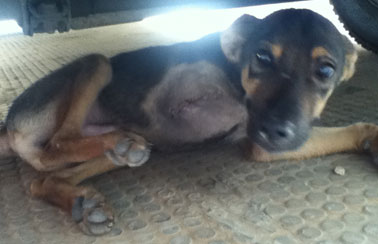 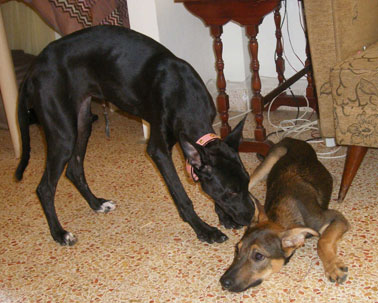