A ship containing around 80 diseased cows is still docked at the Beirut port several weeks after arriving from Turkey, where the cows were turned away, raising public health and animal welfare concerns.

The vessel, Zaher V, belongs to a Lebanese shipping company and was originally set to transport 5,500 cattle from Uruguay to Turkey. Upon arriving in Turkey, however, authorities turned away 350 of the cows, half of which died en route to Beirut.

There are now thought to be around 100 cows still on the ship, which were denied entry to Lebanon by the Agriculture Ministry after being examined by one of their vets, who, according to Animals Lebanon, found that the creatures had a variety of skin and joint infections, but did not name a specific disease.

Agriculture Minister Hussein Hajj Hasan has now come under criticism from Future MP Assem Araji for not instructing that the ship leave the port altogether, and for allegedly providing cover to the livestock owners, with whom he shares Baalbek connections.

"He has said it isn't his [ministry's] responsibility what happens to the ship now, but it's a matter of concern: if they are eventually imported it could lead to an outbreak of food poisoning," Araji told The Daily Star.

"Everyone just pushes responsibility to another ministry.

"I'm worried that the minister, under pressure from the owner of the ships and the cows, will allow them to enter the country," he added.

He is also concerned that should more of the cows die, they will be thrown overboard. While the disposal of dead livestock at sea is permitted under international law, it must not be done within 12 miles of land.

Dead cows have been spotted floating off the coast of Batroun over the last two summers, their origins unknown but believed to be from livestock carriers.

Jason Mier, executive director of Animals Lebanon, is concerned that the diseased animals are likely not receiving the treatment they need.

"If the animals are really sick, they need treatment or to be euthanized," he said. "Why is the ship still in port, and how are the animals being treated?"

While Mier believes most of the blame lies at the feet of the Turkish authorities, who should not have been allowed to ?pick and choose? the animals they wanted, he also hopes to follow up on the case with advisers from the Agriculture Ministry Saturday during weekly talks they hold on the issue of a possible animal welfare law.

If passed, the law, drafted by the NGO and given to Parliament in 2011, would allow the government greater opportunities to hold wrongdoers, such as the Turkish authorities, responsible.

Part of the draft law governs compliance with international regulations, some related to the import and export of animals.

Neither Hajj Hasan nor the shipping company, Sleiman and Sons, could be reached for comment. 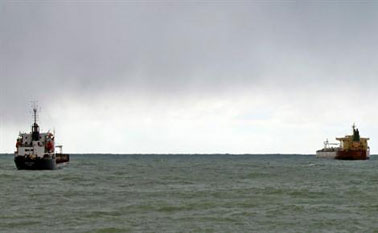