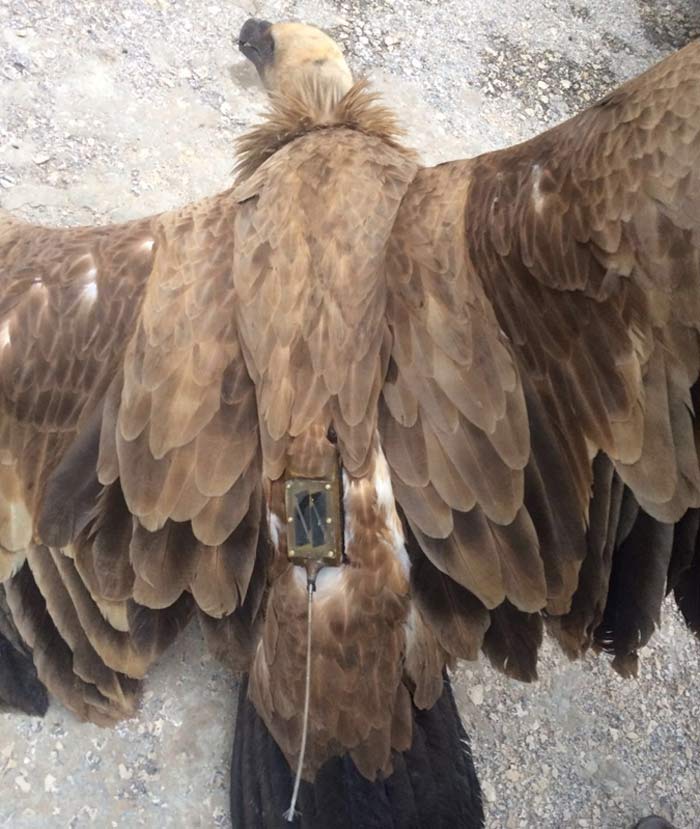 A vulture was captured on suspicion of spying in the southern Lebanon area of Bint Jbeil.

The large griffin vulture has tags on its wings, rings on its legs, and a transmitter attached to its back.

An endangered species, the vulture flew from Israel into Lebanon and the tags and rings were from an Israeli university.

Media reports indicate the vulture has since been released, some saying the animal was freed in the same location the bird was found, others report that UN forces assisted in the vultures release.